“The machine of a dream

Such a clean machine

With the pistons a pumpin’

Аnd the hubcaps all gleamI’m in love with my car.”

The band Queen sang, “I’m In Love With My Car,” and summed up the emotions people associate with their cars. For many of us, a car is so much more than just a means of transportation. A car can become a status symbol, an escape mechanism, a personality statement, an enabler, and an investment.

Cars can become a labor of love, and we invest inordinate amounts of time and money in keeping them clean and maintaining their appearance. Yet, despite our best efforts to keep our cars looking shiny and new, the reality is that they are easily scratched or dented.

In this article, we will look at how cars become scratched or dented, and we will examine some of the repair methods with a particular emphasis on Paintless Dent Removal (PDR).

Ways Your Car Can Get Scratched or Dented

According to northwestautocollision.com, these are the most common ways cars get scratched or dented. By reading about them here, you will become more aware of them and take preventive measures to lessen the likelihood of them happening.

One of the most common causes of dents and scratches on cars is the swinging doors of other cars. To avoid dings from other car doors, especially in public parking spaces, try leaving enough space for the other car door to open without contacting your car.

The main problem with shopping trolleys is that people leave them unattended and roll into parked cars, damaging a bumper, fender, or door. The best way to avoid damage from runaway shopping trolleys is not to park in high-traffic areas or areas where trolleys are typically left abandoned.

Leaving your car outside is almost like an accident waiting to happen. For example, kids are notorious for scratching or denting a car. So it would be best to avoid leaving your car where children are known to play. If you’re parked near a ballpark, balls can fly through the air and hit your car, causing dents and scratches.

You can also consider purchasing a padded cover to protect your car when parked outside. It will provide a layer of protection that can absorb minor impacts.

The most common offenders are hail and debris. A hail storm can break your car’s windows and cause multiple dents, and a strong wind storm can pick up and hurl debris at your car, causing scratches and dents.

The most common offenders are hail and debris. A hail storm can break your car’s windows and cause multiple dents, and a strong wind storm can pick up and hurl debris at your car, causing scratches and dents.

In the outside environment, a wide range of falling objects can land on your car and cause scratches, dents, and even severe damage. These objects can include tree branches or smaller tree stems and twigs.

If possible, try to avoid parking your car near trees, construction sites, and other areas where there’s a possibility of objects falling on your car.

Another common cause of scratches and dents is rocks and road debris. When driving on the road, other vehicles will send rocks and stones flying into the air and the path of oncoming cars. This is especially common on country roads, which are usually littered with debris. Trucks are another problem because they tend to throw up dirt, rocks, and other debris, all of which can scratch or dent your car.

How Does Paintless Dent Repair Work?

There are several ways to repair dents on your car, but paintless dent removal (PDR) is the newest and most cost-effective one.

Traditionally, dents and scratches would be prepared by car body workers using fillers such as Bondo, a polyester putty. Bondo would be applied to the damaged area, sanded smooth, and covered with paint. The Bondo filler can hide the scratches or dents, but the results were often temporary and needed to be done repeatedly.

Paintless dent removal is typically used to remove shallow or more minor dents. There are several PDR techniques, but the most common one is where technicians will push the dent out using metal rods from the underside of the body panel.

Paintless dent removal can also be done from the outside surface. Workers will use glue and specialized tabs to pull the dent out from the surface of the affected panel.

Paintless dent removal is the fastest, most cost-effective, and environmentally friendly solution for vehicle dent repair.

If you are one of those who take pride in the appearance of their car, a scratch or dent will continually bother you because you know it is there and it is ruining the otherwise perfect appearance of your car. If you want to get a dent or scratch repaired, you should take it to a bodywork center, where they offer paintless dent removal for a much quicker, cost-effective, and long-lasting way to get rid of those eye sores. 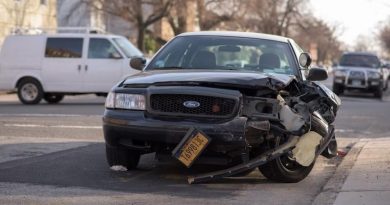 What Steps Do I Need to Take After My Car Accident? 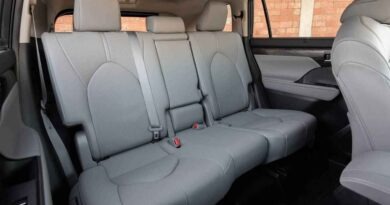