The BMW 2022 Z4 convertible lives up to the brand’s reputation as a leader in the sports vehicle segment with its assured road manners and potent, turbocharged engine. However, another facet of its allure is the premium interior, which offers seating arrangements that are accommodating enough for use on a daily basis. The standard model comes equipped with a lively turbocharged four-cylinder engine, while the more sporty M40i version has a twin-turbo inline-six engine under the hood. Every single Z4 has a rear-wheel-drive configuration and is equipped with an eight-speed automatic transmission that is just as well-suited for driving aggressively as it is for relaxing on the highway. The BMW Z4 is only available as a convertible with a fabric roof, but if you have your heart set on a coupe body style, you might be interested in the mechanically comparable Toyota Supra, which was co-created with the BMW.

Every single 2022 Z4 will come standard with an eight-speed automatic transmission that features a Sport mode in addition to a Manual mode. In addition, paddle shifters that are attached to the steering wheel are a standard feature. You got that right: The BMW Z4 is the first BMW model that does not come with the option of a conventional manual gearbox that utilises a clutch pedal. You won’t be out of the loop. The eight-speed automatic transmission is one of the greatest automatics available because to its fast shifts, responsive controls, and smooth functioning.

The sDrive30i is driven by the brand’s superior turbocharged 2.0-litre four-cylinder engine, which is capable of producing 255 horsepower and a generous amount of torque. During the evaluation process, this model reached 60 miles per hour in 5.1 seconds. The M40i variant comes standard with a twin-turbocharged inline-six engine that produces 382 horsepower. It is highly polished and fluid, and it transforms the Z4 into a lightning-quick sports vehicle with an acceleration time of 3.8 seconds from 0 to 60 miles per hour.

It is possible that the fact that the Z4 is one of the most fuel-efficient sports vehicles in its class will come as a surprise to you. According to the EPA, the Z4 sDrive30i has a city fuel economy of 25 miles per gallon and a highway fuel economy of 32 miles per gallon. The Z4 M40i has a significantly greater total amount of horsepower, but its fuel efficiency is just slightly worse, coming in at 24 mpg in the city and 31 mpg on the interstate respectively.

The Z4’s interior is high-quality, like all modern BMWs. It has one of the greatest interiors in its class. It has luxurious materials, great panel fit, and well-placed controls. The Z4’s chairs are comfy and have large bolsters to keep you in place. Even taller than 6 feet can fit inside. Its thick, insulated roof closes firmly. The BMW’s interior is so silent with the top up that it nearly seems like a GT coupe. It folds with a button press. Standard wind blockers reduce top-down buffeting at high speeds. Interior storage is ample. The Z4’s cabin has multiple storage bins, including one in the centre console and one to the left of the steering wheel. A netted shelf and two cupholders are behind the chairs. The Z4’s 10 cubic-foot trunk can fit two people’s weekend stuff.

A huge 10.3-inch touchscreen, navigation, and free Apple CarPlay integration come as standard, but there is no Android Auto capability. The latest version of BMW’s iDrive system is easy to use and has sharp graphics. You can also use a knob and buttons on the Z4’s console or your voice to control the system. The car also comes with a USB port and Bluetooth audio streaming, but you have to pay extra for SiriusXM satellite radio.

BMW’s lane-departure warning system comes standard, as does a system that warns you if you start to leave your lane. Both models of the Z4 can be equipped with other driver-assistance tech as an option. On that list of available systems are active cruise control, active blind-spot detection, rear-collision protection, and rear cross-traffic alert. 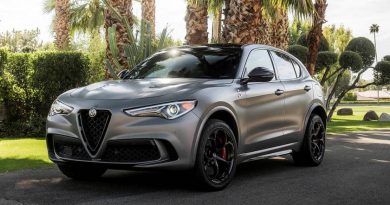 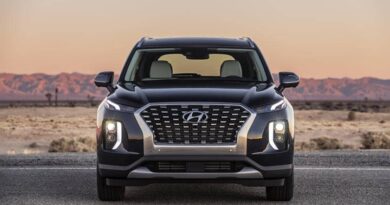